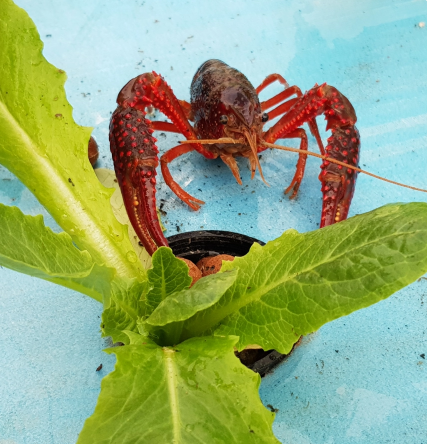 From our backyard to Mena

In a modest backyard, five years ago, two friends who later became the founders of Al-Masiya, laid the cornerstone of this innovative project. By then they had been implementing experiments to produce leaf plants and veggies in a small backyard. The team grew bigger, and a few years later we have successfully developed our unique Aquaponic Dome System.

We have established a production plant which consists of ecofriendly aquaponic-system domes through which we commercially produce vegetable and fishery harvest simultaneously.

One of the important factors of our success is that we produce aquaculture feed inside our own closed aquaponic systems; which made us the first producers of organic fishery in the MENA region.